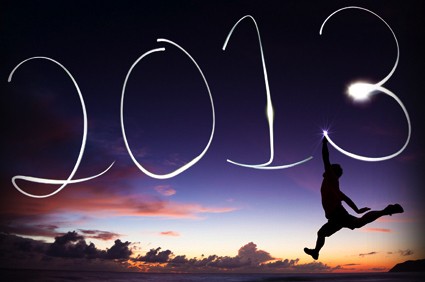 Have you ever wondered what the future might hold for you in the coming year? Predictions are made every year about love, money, politics and other important topics that many people follow on a daily basis. Psychic predictions for 2013 are different however. After the ‘non’ end of the world regardless of what the mayan Calendar predicted what is going to be obvious is that there will be a definitive, palpable shift in humanity & especially in how the global consciousness will pull us all together as one.

One of the most anticipated psychic predictions for 2013 is the peace in the Middle East. The year seems to bring calm in the geographical region that no one thought would ever happen. The peaceful period does not come as a result of the leaders of these area countries communicating; it comes from the citizens taking charge and making their voices known in the area.

Many people want a better fuel source. The new year will force citizens of earth to investigate alternative energy sources. Is it from corn or pure water? Only time will tell if someone can come up with something better to fuel cars than gasoline as is happening with the recent breed of electric / hybrid vehicles the effect on our atmosphere would be phenomenal. On another note, a large depletion in fish stocks is predicted for the east coast. Fish are expected to wash on shore by the hundreds, and there might not be a clear cause as to why this will occur.

The economy has always been on the minds of the people of the United States. This year is sure to bring more questions than answers, but there could also be financial wealth improvement in 2013 if the current gloomy outlook promoted through the press can be abated. The economy will continue to slowly recover; the DOW will continue to grow. Unemployment rates will continue to drop to the lowest levels that anyone has seen in four years. Many predictions have the rates at 6.5%. With all of this news, it does not look so good for the overall stock market. The stock market could be in store for a sharp dip, and this will affect millions of people worldwide. People will begin to realise the value of small things in life & downsize or adjust their lifestyles to be happier by using less resources.

Some of the stranger predictions for the new year are a little hard to swallow. People in increasing territories are expected to resort to eating bugs as a means of protein because of the high price of meat. Those who spend a large amount of time on the Internet may find that bandwidth reaches critical mass & alternatives need to be sought out. Is this the beginning of the end for social networks? many people are becoming disgruntled with the monetisation of what used to be a fun medium. People may even set up their own networks to reach out to cyber friends. Kim Kardashian and Kanye West could be seeing wedding bells, and Justin Beiber might be headed for some strife ! . Solar flares and white lights in the sky will play an important part in 2013.

Astrologically 2013 will be a pivot year for almost everybody & the concept of work /life balance will again raise it’s head. British Royalty will see a few surprises & the culture of ‘celebrity’ will begin to wane, especially in regards to formats designed to create ‘stars’ that tend to burn out incredibly quickly.

The main thing in 2013 is that humanity as a whole should embrace positivity & happiness as I truly believe that by fighting negativity & promoting joy, a tidal wave of creativity & fulfillment can sweep our little planet.

2012 has been a challenge for many, may 2013 manifest all your desires, we really are on the cusp of a massive shift in our world.

psychic reading by phone for 2013

We use cookies on our website to give you the most relevant experience by remembering your preferences and repeat visits. By clicking “Accept All”, you consent to the use of ALL the cookies. However, you may visit "Cookie Settings" to provide a controlled consent.
Cookie SettingsAccept All
Manage consent

This website uses cookies to improve your experience while you navigate through the website. Out of these, the cookies that are categorized as necessary are stored on your browser as they are essential for the working of basic functionalities of the website. We also use third-party cookies that help us analyze and understand how you use this website. These cookies will be stored in your browser only with your consent. You also have the option to opt-out of these cookies. But opting out of some of these cookies may affect your browsing experience.
Necessary Always Enabled
Necessary cookies are absolutely essential for the website to function properly. These cookies ensure basic functionalities and security features of the website, anonymously.
Functional
Functional cookies help to perform certain functionalities like sharing the content of the website on social media platforms, collect feedbacks, and other third-party features.
Performance
Performance cookies are used to understand and analyze the key performance indexes of the website which helps in delivering a better user experience for the visitors.
Analytics
Analytical cookies are used to understand how visitors interact with the website. These cookies help provide information on metrics the number of visitors, bounce rate, traffic source, etc.
Advertisement
Advertisement cookies are used to provide visitors with relevant ads and marketing campaigns. These cookies track visitors across websites and collect information to provide customized ads.
Others
Other uncategorized cookies are those that are being analyzed and have not been classified into a category as yet.
SAVE & ACCEPT