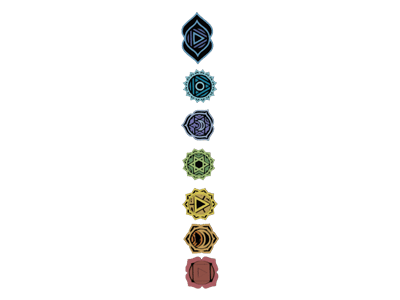 Which chakra called to you?

The chakras are a system of energy points within the body that serve as areas of focus and flow during a meditative state. This system of energy is thought to have been practiced since 500 BC or even earlier. Its deepest roots hail from the Sanskrit culture thought to have originated in India and only in recent years has the power of understanding chakras become popular in Western cultures. There are thought to be over 114 chakras that have been discovered in a variety of historical texts and practices, however, seven chakras, in particular, tend to stand out.
After uncovering the existence and use of chakras, modern research has studied their properties. Some research suggests that there are notable benefits in immunity, health, mental well-being, emotional well-being, and an increase in happiness associated with utilizing the seven main chakras. If you are looking to benefit from unblocking and understanding your seven chakras the first step is understanding the location and perception behind each one.
Let’s explore the chakras from the base up. 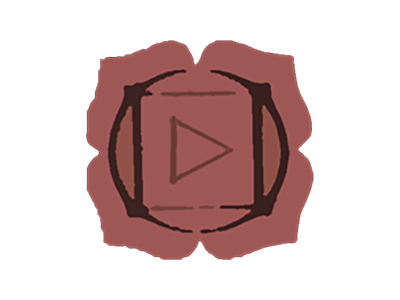 Depiction: Its symbol appears as a red four-petaled flower.
Presence: The focus of this chakra is found at the base of the spine
Purpose: It serves to root us to the earth and create stability within the body.

I am at one with my thoughts, my emotions, my body, right now, in this moment 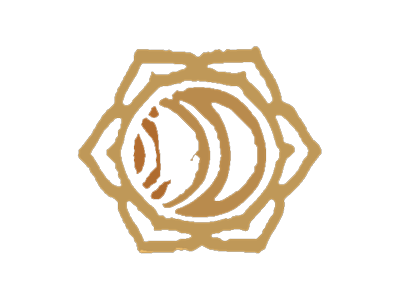 Depiction: An orange six-petaled flower with a swirl in the center.
Presence: This chakra is depicted as existing in the stomach, below the belly button, and above the pelvis.
Depiction: Your sense of fluidity and pleasure are centered here.

I channel my authentic self for higher purpose, I embrace my sensuality 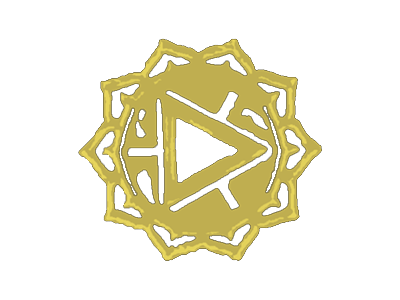 Depiction: A yellow triangle contained within a circle and edged in a sun-like outer circle.
Presence: The central area within your lower rib cage, beneath the heart, houses this chakra.
Depiction: This chakra is associated with personal identity as well as digestive health.

I follow the light, I know that every moment is a lesson on my spiritual journey. 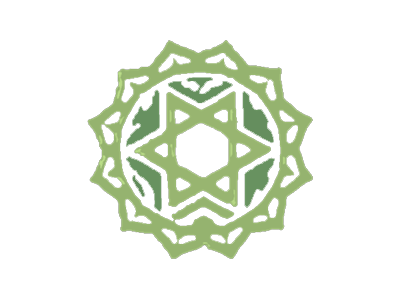 Depiction: This symbol appears similar to the solar plexus chakra, however, it contains a second vertically reflected inner triangle to create a star within the inner circle. It is also depicted as green.
Presence: This chakra is to be felt in the center of the chest near the heart.
Depiction: Positive personal relationships and emotional connections with others originate from this chakra point.

This chakra is associated with personal identity as well as digestive health.

I love myself unconditionally, I am a beacon of positivity & joy. 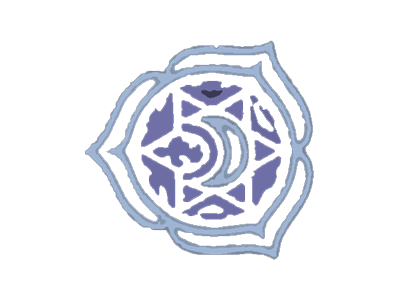 Depiction: This chakra is commonly symbolized similarly to the solar plexus chakra, but in blue and with the addition of a small circle or moon within the inner triangle.
Presence: This chakra resides within the throat.
Depiction: It focuses on authenticity in any interactions where one listens, speaks, or otherwise expresses themselves.

I am connected to the essence of my truth, I can express myself clearly. 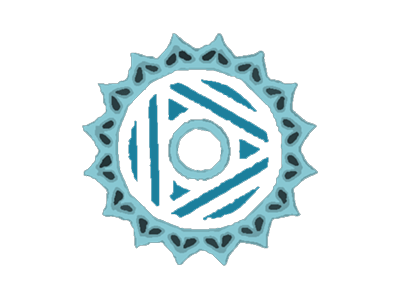 Depiction: This chakra takes the form of an indigo flower with an inner circle as a representation of the third eye.
Presence: This chakra is centered between the eyebrows in the forehead.
Depiction: Intuition and wisdom flow freely through this chakra point when personal ego is identified and overcome.

I see connections and the deeper truth, I hear the unsaid, perceive the invisible. 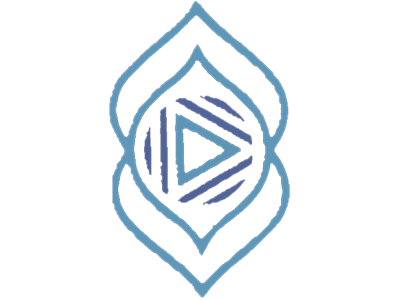 Depiction: A purple, open centered, five-petaled flower represents this chakra.
Presence: This chakra resides right above the crown of the head and is commonly depicted as being outside of the body.
Depiction: A separation of one’s mind from worldly experiences allows for spiritual experiences and enlightenment.

Sahasrara Affirmation –
I am at peace, connected with every being on a deeper level. Heaven and earth are visible to me the whole of Universe is revealed.

Chakra is the Sanskrit word for wheel, and the seven chakras, or energy centres, in the human body, lie in a line down the center of the body, from the base of the spine to the dome of the skull, although some practitioners include additional chakras beyond the physical boundaries of the body, locating them in the person’s aura. Each chakra is supposed to relate to the energy flow and health of different organs, parts of the body, and emotional states, with colors, elements and even physical diseases connected to them, in much the same way planets are said to rule certain areas of our lives in astrology. However, there is no consensus about the specifics of which chakras relate exactly to which body parts or ailments.

The concept of chakras plays a key role in both ayurvedic medicine and yoga, both of which are ancient healing systems that remain popular to this day. Many modern therapeutic practices, from polarity therapy and therapeutic touch therapy to acupressure, core energetics and semblance therapy, have adapted the general principles of energy flowing through chakras and chakra balancing into spa therapies and treatments for which clients might pay hundreds of dollars at an expensive health retreat.

Balancing the chakras simply means clearing and psychic blockages from the energy centers and getting them moving again, thus allowing the free flow of chi(also called prana or qi) or life energy, in its natural path. Balancing the chakras is somewhat like tuning a car, enabling the physical engine of the human body to operate at maximum efficiency, just as an oil change enables the car engine to run more smoothly.

Methods to Balance Chakra energy
Chakra balancing can be achieved in several ways. One old traditional way involves the use of English hawthorn, others involve the use of a pendulum, yogic poses or massage.
Yogic and ayurvedic traditions were handed down orally for thousands of years before Patanjali recorded them in his Yoga Sutras several centuries before Christ. The scriptures were known as vedas (a Sanskrit word for knowledge or wisdom) and Ayurveda means life knowledge. Ayurveda remained the predominant form of healthcare in India for over a millennia, until it was largely discredited and suppressed by the British colonial government, but it has regained its popularity over the last few decades. This resurgence in popularity has spread to the West, thanks to such proponents as Deepak Chopra.

Because practitioner believe blockages in the chakras lead to imbalances of the life force in the human body, which if left untreated lead to emotional or physical ailments, they believe that balancing the chakras will both prevent these illnesses and relive the symptoms of existing ones. While some practitioners might use massage or touch to identify imbalances and manipulate the chakras, others claim to be able o read the patient’s chakras in the aura and detect imbalances that way, and may treat these imbalances without laying hands on the patient.

Thus, just as yoga spans the bridge between physical exercise and spiritual wellbeing, so ayurvedic medicine has both practical and concrete aspects and ones that are more esoteric. Chakras are imagined centers of energy within the body, rather than physical organs, but you have only to think of the lump in your throat when you want to convey an emotional message, or the knot in your stomach when you are anxious, to know they also have a basis in observable physical reactions. That the methods of balancing chakras often seem absurd, and the chants and sounds used in yogic meditation practices have no scientific basis, having been established long before the scientific method itself, does not make them less viable or less valuable.